Get Your Marriage On! 2019 will features a wide range of engaging, knowledgeable (and entertaining!) speakers. Enjoy an upbeat and enlightening (even hilarious) evening discussing a variety of topics to strengthen marriages! Here are some of the topics you can expect to be covered:

Popular blogger and speaker and award-winning author Sheila Wray Gregoire loves encouraging women to grow in their relationships, both with God and with their husbands, kids, and friends. The author of eight books, including 9 Thoughts That Can Change Your Marriage, Sheila mixes humor and real-life stories to help women deal with the messy problems many of us face. She is the 2012 winner of the top literary prize for Canadian Christian books for The Good Girl’s Guide to Great Sex, and her blog, To Love, Honor and Vacuum, is one of the top 25 Mom blogs on the web.

Shortly after moving to Belleville, Ontario, when her girls were young, Sheila began writing for magazines. In 2003, her first book, To Love, Honor and Vacuum was published, followed rapidly by several more. She began to speak all over North America, keynoting at national denominational events, such as the Coffee Break conference and the Baptist Women’s convention, and leading workshops at large conferences like the MOPS convention and at BreakForth. She also speaks at women’s outreaches and retreats, sharing her story of finding God even in the darkest times. These don’t just include rejection as a child, but also walking through the horrible valley of losing her son Christopher. Through it all, Sheila learned that God is enough, a message she desperately wants other women to cling to and understand.

Sheila’s background includes two Master’s degrees from Queen’s University, with one in Sociology and the other in Public Administration. Her real education, though, has come as she has learned to be a wife to Keith, a busy pediatrician, and mother to Rebecca and Katie. Sheila and Keith homeschooled their two daughters, who are now university students in Ottawa. And Sheila is getting used to being a mother-in-law to her new “son”. Sheila is one of the few people in her immediate family who is not actually a physician, so she spends her life in doctor circles, on medical missions trips, and medical conferences. But she still faints at the sight of blood.

And she knits. Even in line at the grocery store.

Known as “Dr. Dave” on campus and across the country, Dave Schramm is a professor and family life extension specialist at Utah State University in the department of Human Development and Family Studies. After graduating with his Ph.D. from Auburn University, he worked as a professor at the University of Missouri for nine years, and earned the national Early Career Achievement Award from the National Council on Family Relations in 2010.

In 2016, he took a position at Utah State University and was soon appointed by Governor Gary Herbert to serve on Utah’s Commission on Marriage. He appears monthly on Fox 13 in Utah to discuss happiness and family topics. He shares research and happy hacks on his DrDaveUSU Facebook page and travels the country presenting classes, workshops, retreats, and trainings that are both memorable and moving. He regularly consults and presents for businesses and organizations on topics ranging from positive and happy cultures in the workplace, to flourishing at home. From British Columbia to Beijing, China and from St. Louis to San Francisco, Dr. Dave has given over 500 presentations, classes, and workshops to a variety of audiences, from professional academic conferences to keynote addresses, to trainings with businesses. Dr. Dave married his high school sweetheart Jamie, they have four children, he loves peanut M&Ms, and the Schramm fam lives in North Logan, Utah. 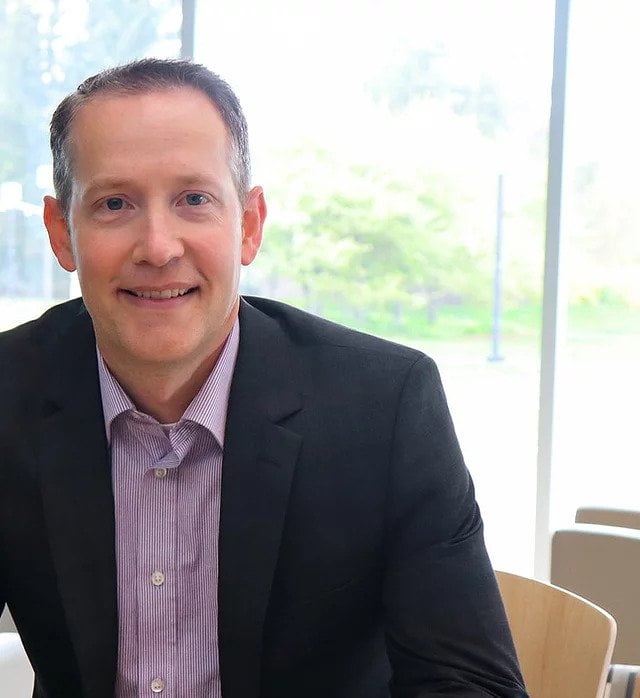 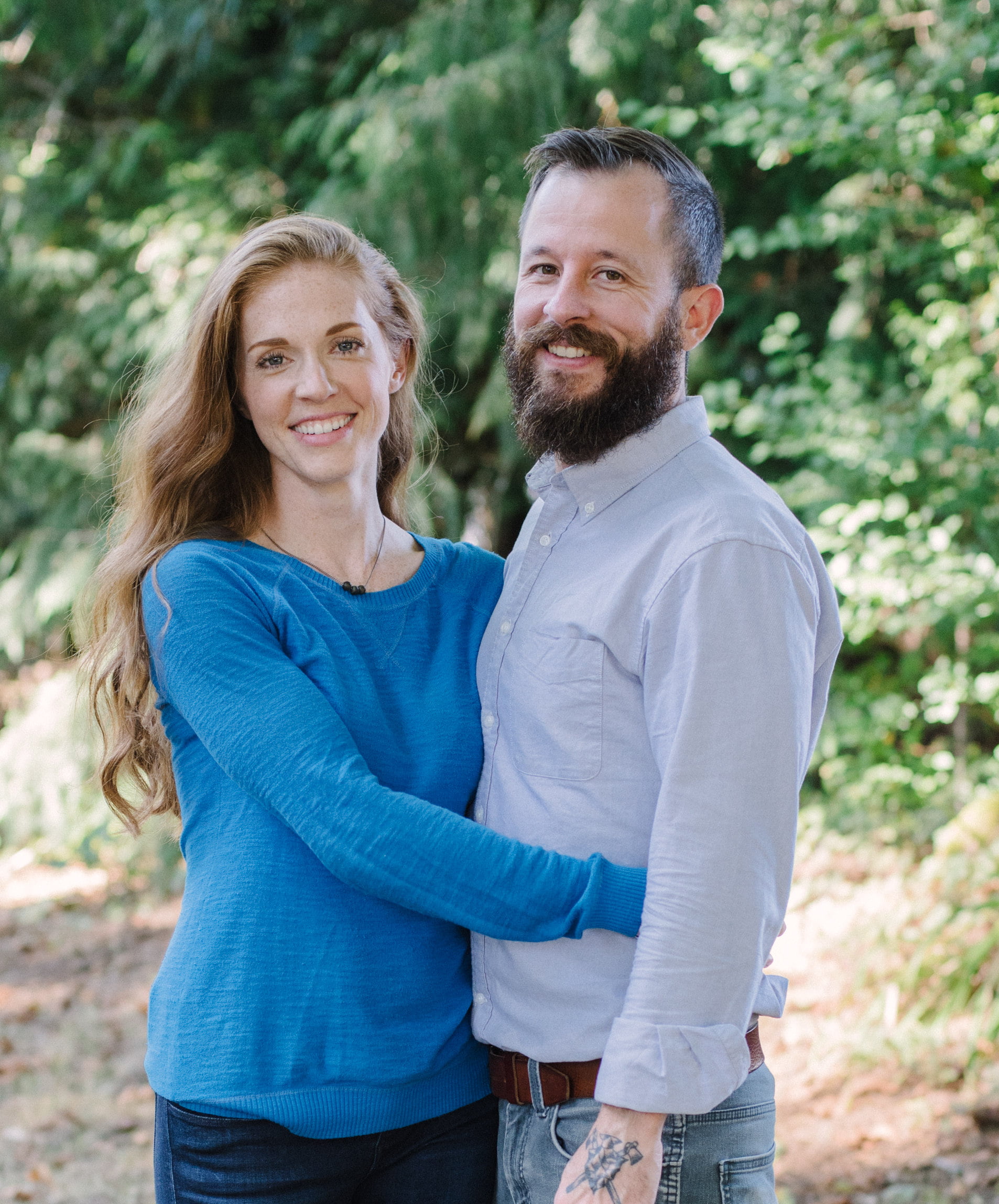 Seth and Melanie Studley are the dynamic couple behind the Anatomy Of Marriage Podcast, a show that helps couples and individuals improve their relationships through personal stories, daily conversations and in depth interviews with thought leaders in the marriage and relationship space.

Seth is a Licensed Marriage & Family Therapist and Melanie is an Audio Engineer and Podcast Producer, they started their podcasting journey when they set out to share what it actually took to heal their broken marriage, the good, the bad, and the ugly. Ten years ago they were headed for divorce and couldn’t find the gritty resources that they were looking for to fix the “messy marriage” that they had, so they dove in headfirst and did it their way. After the smoke cleared and they began to make some real progress they decided to share what they had discovered with the hopes that it might help other couples who were walking through similar situations.

They created therapeutic resources for listeners to use at home, they shared stories and interviews covering all sorts of marriage and relationship topics such as Sex & Intimacy, Communication, Expectations, etc. They even tackled the tough stuff like abuse, infidelity, addiction, loss and more.

Seth and Melanie have created a learning environment and online community for couples and individuals that is fun, safe, healthy and inspiring. In addition to speaking at events, writing books and co-creating apps they continue to do their daily work and connect with thousands of people each day with the Anatomy Of Marriage Podcast. They live just south of Seattle in Maple Valley, Washington with their three ridiculously energetic kids.

Elizabeth Davis is an Assistant Professor of Extension at Utah State University. She received her B.S. in Family Consumer and Human Development and M.S. in Adolescent Development each from Utah State University. After working several years in non-profit and state funded organizations she returned to USU where she accepted a tenure position in 4-H and Family and Consumer Sciences. She is passionate relationship education. She is particularly interested in programming that improves the quality of family life such as marriage and parenting education. She currently resides in Kanab Utah where she enjoys the amazing outdoors and working in the community to offer research based programming to all. 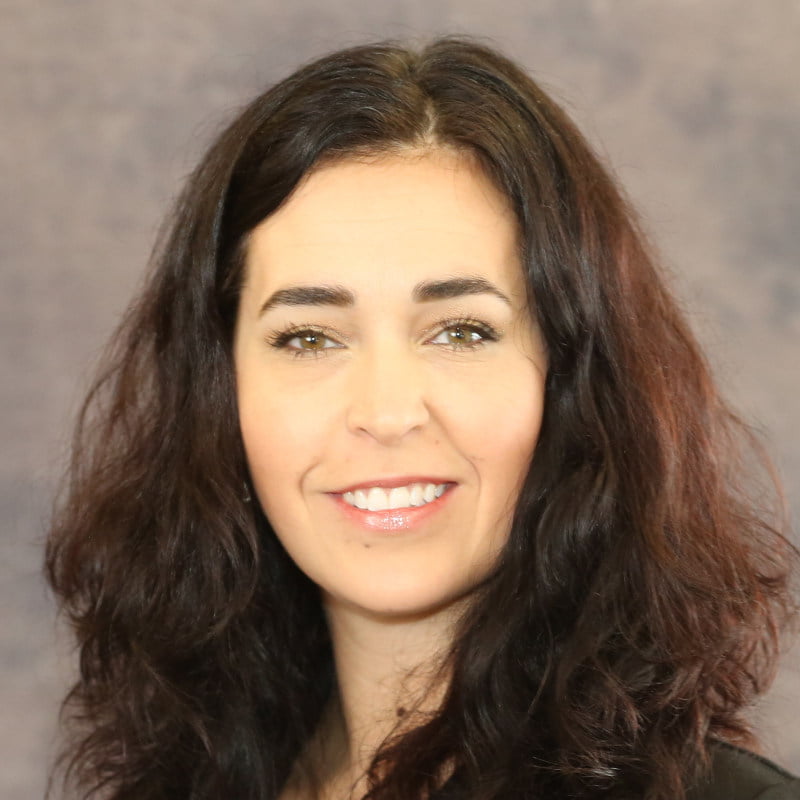 Dr. Debi Gilmore is the co-owner of The EFT Clinic and owner of Lasting Connections Counseling. She works with couples, families, and individuals to help them find the tools and skills they need to navigate through the challenges of life. Dr. Gilmore is certified as an Emotionally Focused Therapist, which is a research-based treatment for clients seeking emotional connection and fulfillment in relationships. She received her doctorate in Marriage and Family Therapy with a special focus on clinical skills, clinical supervision, business leadership and business development. She is a nationally approved supervisor by the American Association of Marriage and Family Therapy (AAMFT) and an internationally certified supervisor for Emotionally Focused Therapy (EFT). She specializes in program development, family business advising, and also works with couples, families and individuals. Dr. Gilmore has advanced training in PTSD and trauma clearing utilizing guided visualization and a healing timeline.

Dr. Gilmore developed a premarital education program based on the principles of attachment theory, and she is author of A premarital education program: Creating and preserving a secure foundation of attachment in newly developing relationships. One of the most unique elements of the relationship program are mats that structure and guide couple communication and solidify the learning process through experiential learning theory.

Dr. Gilmore currently serves on the board of directors for the Northern Utah EFT Community for Psychotherapists. She has served in multiple leadership positions within the community including Past President of the Association of Mormon Counselors and Psychotherapists, Chairman of the Board of West Ridge Academy, a residential treatment center. She was instrumental in the development of West Ridge Academy’s Girl’s Campus, which opened in 2003. She served as a board member and Chairman of the Advisory Board for Enterprise Mentors International, a humanitarian organization providing micro-loans and mentoring for women in 7 developing countries. Dr. Gilmore has a home in North Salt Lake and recently built a new home in Washington City, Utah. She and her husband, Kirk, have been married for 40 years and love spending time with their two dogs, Ka’anapali and Maui. She has three married children and seven grandchildren.

Licensed Marriage and Family Therapist, and Certified Sex Therapist, Laura M. Brotherson is the founder of “The Marital Intimacy Institute” with a mission to help couples create “sextraordinary” marriages. She counsels with couples and individuals in private practice (and online), and is passionate about helping couples navigate the intricacies of intimacy — specializing in healthy sexuality, sex therapy, and sex addiction. She is the author of the best-selling book, And They Were Not Ashamed: Strengthening Marriage through Sexual Fulfillment, Knowing HER Intimately: 12 Keys for Creating a Sextraordinary Marriage and now her latest book – From Honeymoon to Happily Ever After: 23 Keys to Prepare for a Sextraordinary Marriage.

As a Certified Family Life Educator, Laura is also actively engaged in helping to build strong marriages and families by providing marriage education through Couples’ Cruises, articles, newsletters, radio and television broadcasts, “The Marital Intimacy Show” podcasts, and presenting at conferences and workshops. Laura is a regular contributor to the KSL Television “Studio 5” morning show. Laura and her husband, Kevin, are the parents of three grown children and are the founders of StrengtheningMarriage.com — your trusted resource for education, products and services to strengthen marriages … intimately!

Colleen is one of the funnest people you’ll ever meet! She’s famous in southern utah for her radio morning show host and brand manager of Planet 105.1 in St. George, Utah. Although she attended Political Science and Paralegal courses in college, her true calling in life is getting people excited about life and breaking down their own limitations. When she is not making St. George laugh on the Best Morning Show on the Planet, she is traveling the country (usually with her amazing husband of 14 years) entertaining long distance runners as a race announcer…..Yup! That’s actually a job! Her most favorite place to be is around people who are accomplishing big things in beautiful places. In her spare time you will find her with her two children Sydney (13) and Jake (11) and carving out time to run long distances on any trail that will get her shoes dirty. Colleen is excited to be a part of Get Your Marriage On 2019. 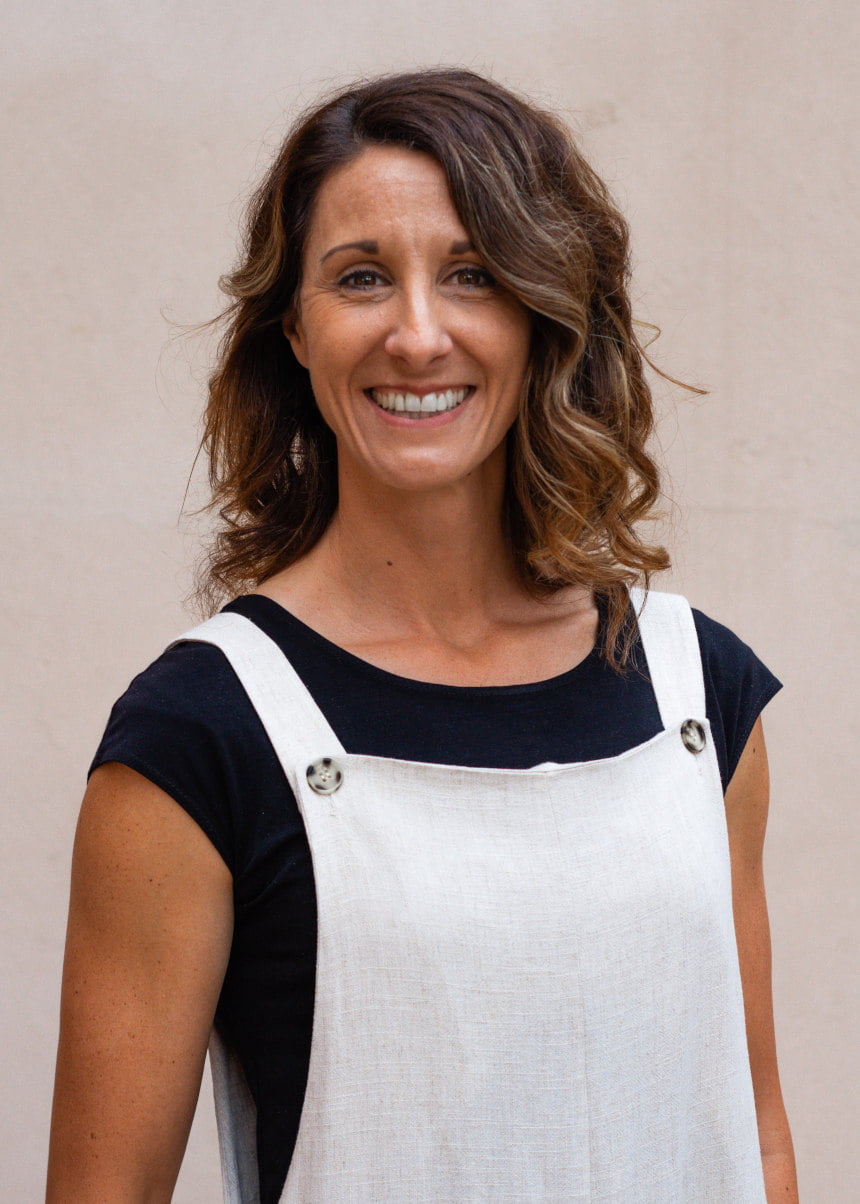 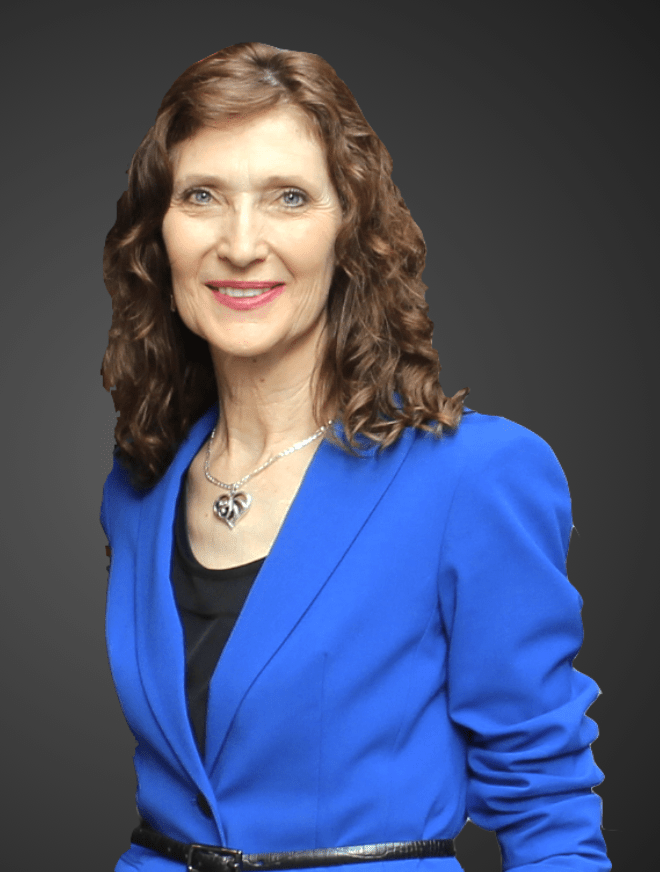 Relationships and most particularly couple relationships are Dr. Rebecca Jorgensen’s specialty. Whether it’s about connection, compassion, sex and intimacy, healing or communication you can find her on social, on podcasts, webinars and or in-person speaking and teaching couples, couple therapists and agencies in engaging and experiential presentations, workshops and courses. From South Africa and Egypt to New Zealand and Australia, Western and Eastern Europe, Asia and across North America she travels around the globe to share the latest research on creating secure attachment, emotional connection and bonding to reach national and international mental health agencies, educational institutions, couples and therapists.

Dr. Jorgensen maintains a practice seeing couples for intensive therapy at her office in Baja California Mexico or St. George, Utah. She is married to the love of her life and together they have 8 children and 10 (smart and beautiful) grandchildren.

Guaranteed to enrich your marriage or your money back!