Seeing Our Spouse For Who They Are

It takes great compassion and love to be willing to see your spouse for who they really are. It’s easy to instead hide behind resentment or our own fantasy of who we want our spouse to be rather than accepting and loving what is.

This is illustrated in the following story from a woman that emailed us. She shares her story about how seeing her husband for who he is helped her shift from bitterness to compassion, and challenged her own assumptions and insecurities. A willingness to deal with her own insecurities led to a better marriage for both.

Editor’s note: To be clear, we’re not insinuating that discomfort over certain sexual behaviors is grounds for marriage annulment. This is an article of a wife telling her story and sharing her experience. The point we hope to get across is that she experienced problems in her marriage earlier when she wasn’t willing to see her husband and her marriage for what it really was. It wasn’t until she was willing to honestly face how she’s showing up in her marriage that things improved.

Change is rarely a comfortable experience, but once people are willing to look at things as they really are, the “scales fell off.” Having the courage to put in the work one has been avoiding to improve oneself then follows. As a result, relationships improve and individuals feel more free in their marriages. And being honest and in integrity with yourself is the key to sexual self-confidence.

“After being married for 18 years and having some pretty big bumps in the road at various times (overcoming unwanted pornography use and a dalliance) everything came to a head in October of 2020. Some words were said that were soul shattering. I realized that day that my husband would have left years ago if it had not been for our five children (his dad and his granddad had left their wives when their kids were little and he had always said he would never be that man).

“I don’t even remember what I prayed for, but less than 24 hours later it literally felt like God took blinders off of my eyes, almost like Saul on the road to Damascus, where the scales fell off of my eyes. I finally saw him the way I should have seen him our whole marriage but for some reason I couldn’t or chose not to. The only picture of him that I can paint that portrays what I feel like our marriage has been like is of a water reservoir (which would be him when we married). This reservoir had cracks in it and at the time of marriage was only half full of water. I believe he felt that marriage was going to make it overflow with water, but over time the cracks just got bigger and after 18 years the reservoir was completely dry.

“For example, oral sex had always been an issue for me. I don’t know why. It was never talked about in my home before I married. I remember being a teenager the first time I ever heard about it and I thought it was the most disgusting thing I’d ever heard. I still to this day don’t understand why it’s as big a deal to my husband but I finally understand that for some reason it makes him feel truly loved.

“I finally understood that day that I had not made him feel truly loved from day one. Every blue moon when I would finally do it for him he knew my heart wasn’t in it so it probably didn’t make it very special for him at all. Even though scales fell off of my eyes that day and I truly loved him for him, he had had so many years of pain built up that he didn’t believe me.

“It was probably a good two to three months before he even wanted to try being intimate again. I determined that day (when the scales fell off) that I was going to show him love even if it was hard.

“It has been an amazing year. I’ve always known he loves me, but I finally feel a deep sense of love for him as well and I feel so bad for all the years and all the times that I have made him feel unloved. He grew up in a broken home and he literally felt rejected since he was a baby. It breaks my heart to realize all his hopes when we married were dashed so quickly.

“He has been away for work for the last 8 months and only gets to come home on the weekends. It’s been really good for us. We literally spent 45 minutes on the phone with each other tonight crying and talking about how much we love each other. This time away has made every weekend feel so special.

“I feel like my picture of a water reservoir has a new angle to it where God has patched the cracks and the water is filling the tank back up! It feels like it’s about to overflow. I was asking our kids the other night what they love about our family and our 12-year-old said ‘that you and Daddy are not divorced’ he had no idea that we’ve gone through such a rough patch this last year.

” Anyway, I hope my writing is clear. I have never been showered like he showered me this year with Christmas presents! He has surprised me and took care of child care for all five kids and took me out of town for 2 and 1/2 days in October.

“There are truly many moments where it feels like we’re on a honeymoon again. Having mutual deep love on both sides is truly heaven on Earth. I’ve heard it said before but I’ve never understood it until now. I’m so thankful he didn’t give up on me and I’m thankful I didn’t give up on him!”

Interested in joining a live workshop designed to improve intimacy and strengthen your marriage? Check out our Intimacy Workshops page. 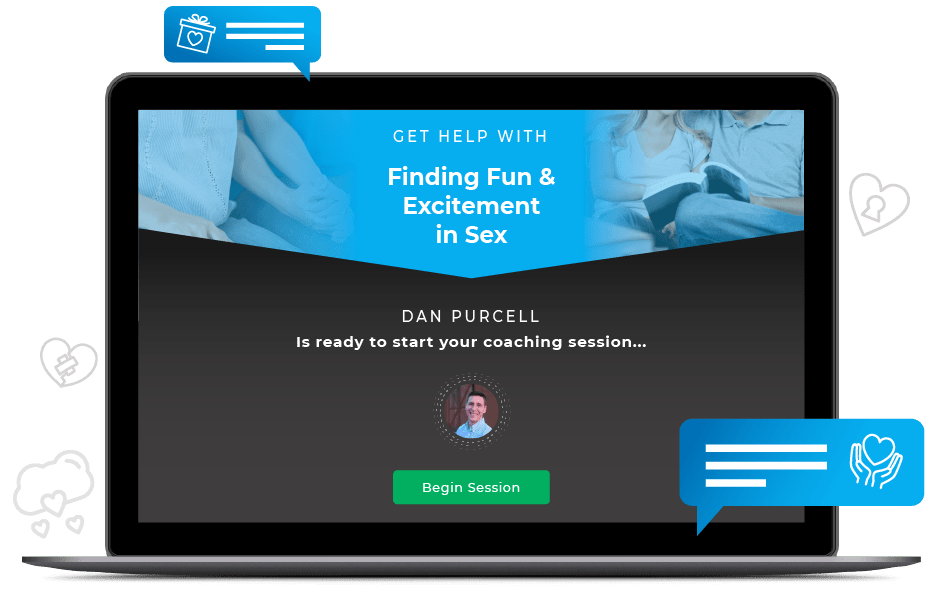 Hi there, my name is Jaina (pronounced like Jay-Nuh) and I am so happy to be here! I am an outdoor enthusiast and love doing everything with my hubby and 3 dogs. I focus a lot on fertility in my own life and am learning to help other couple's on their intimacy journeys while struggling with infertility. I have a degree in psychology and absolutely LOVE helping others discover their greatness!
← Previous Post Next Post →
 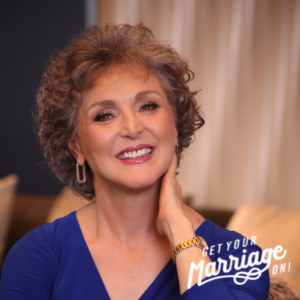 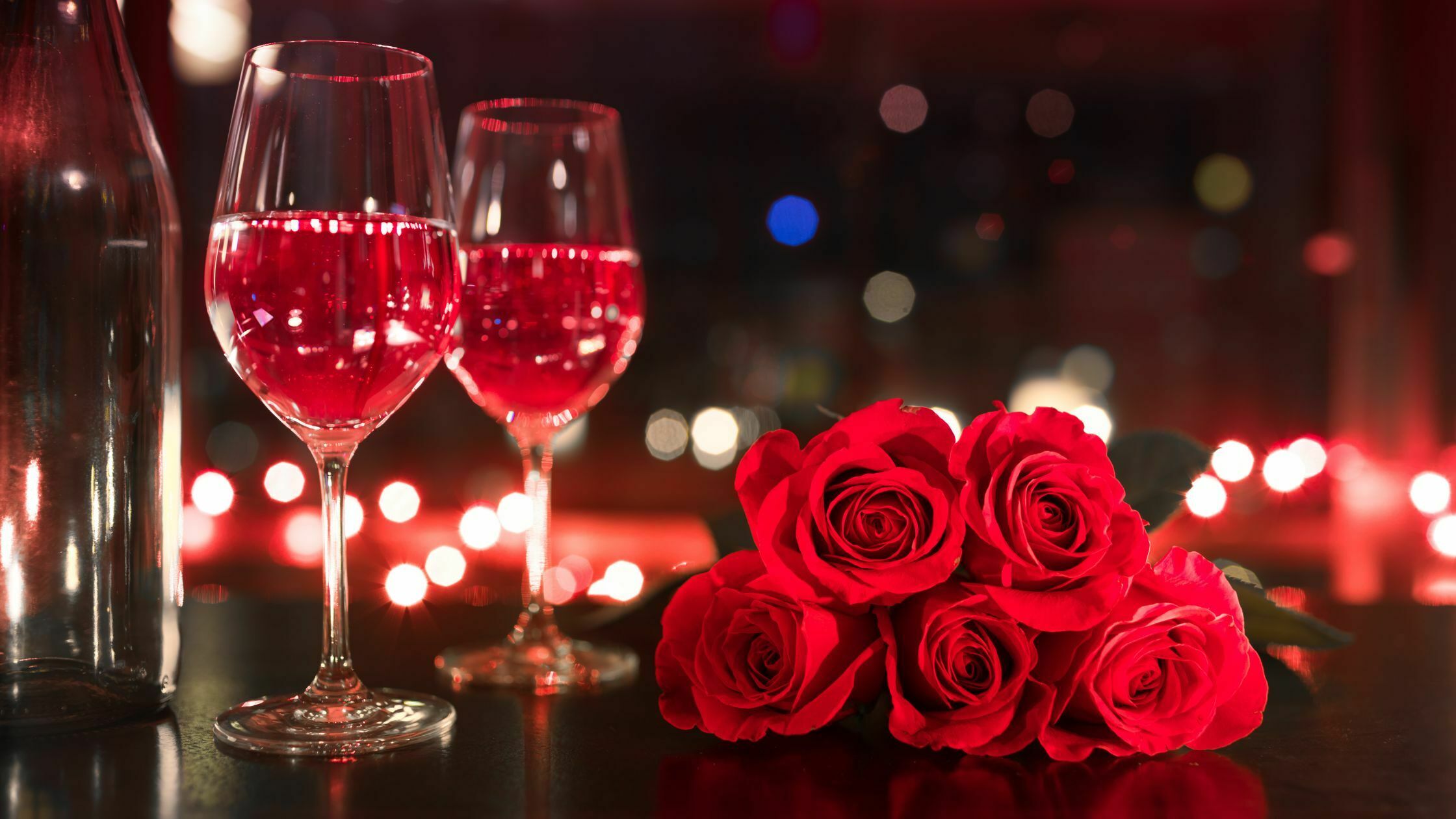 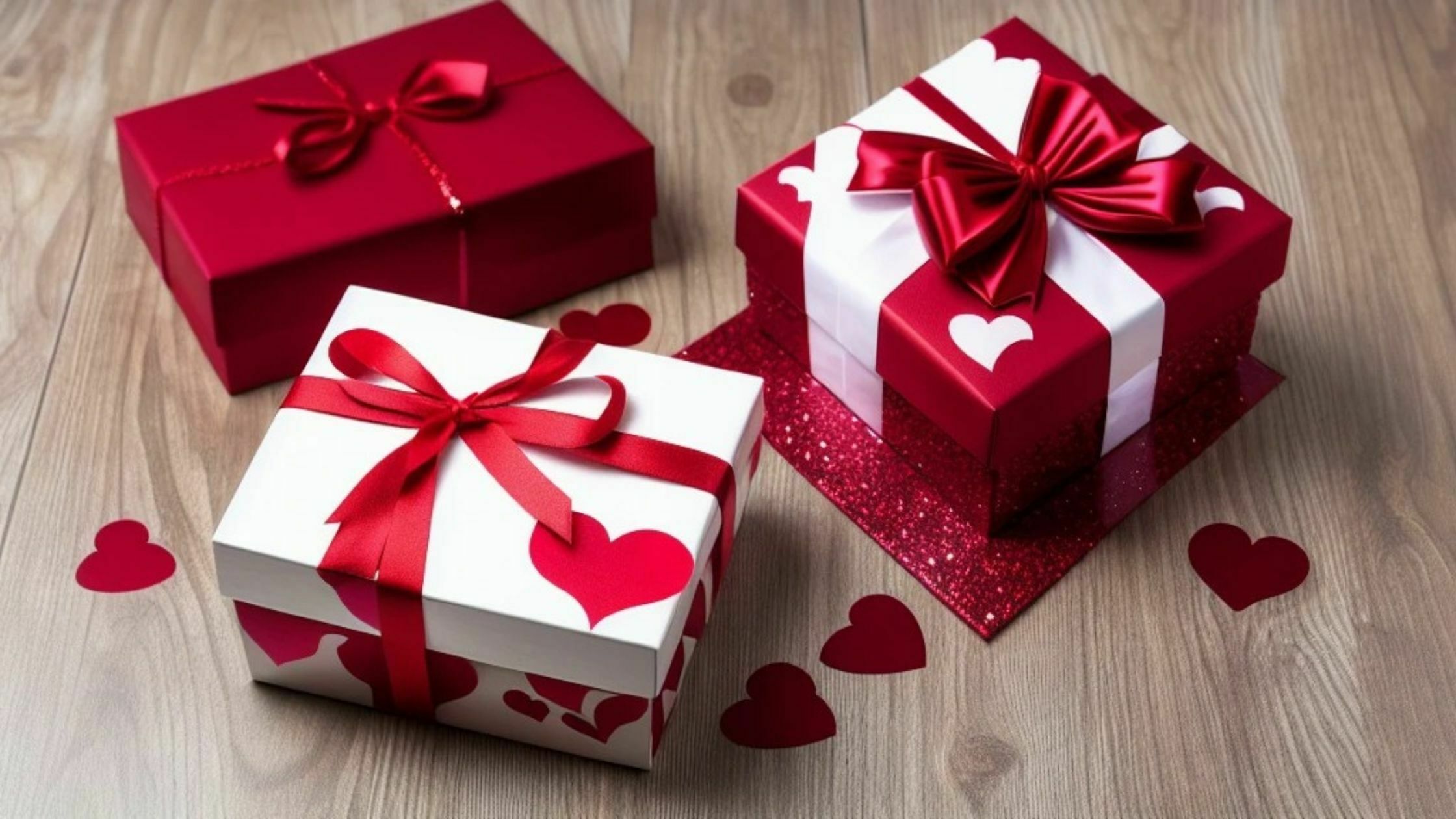 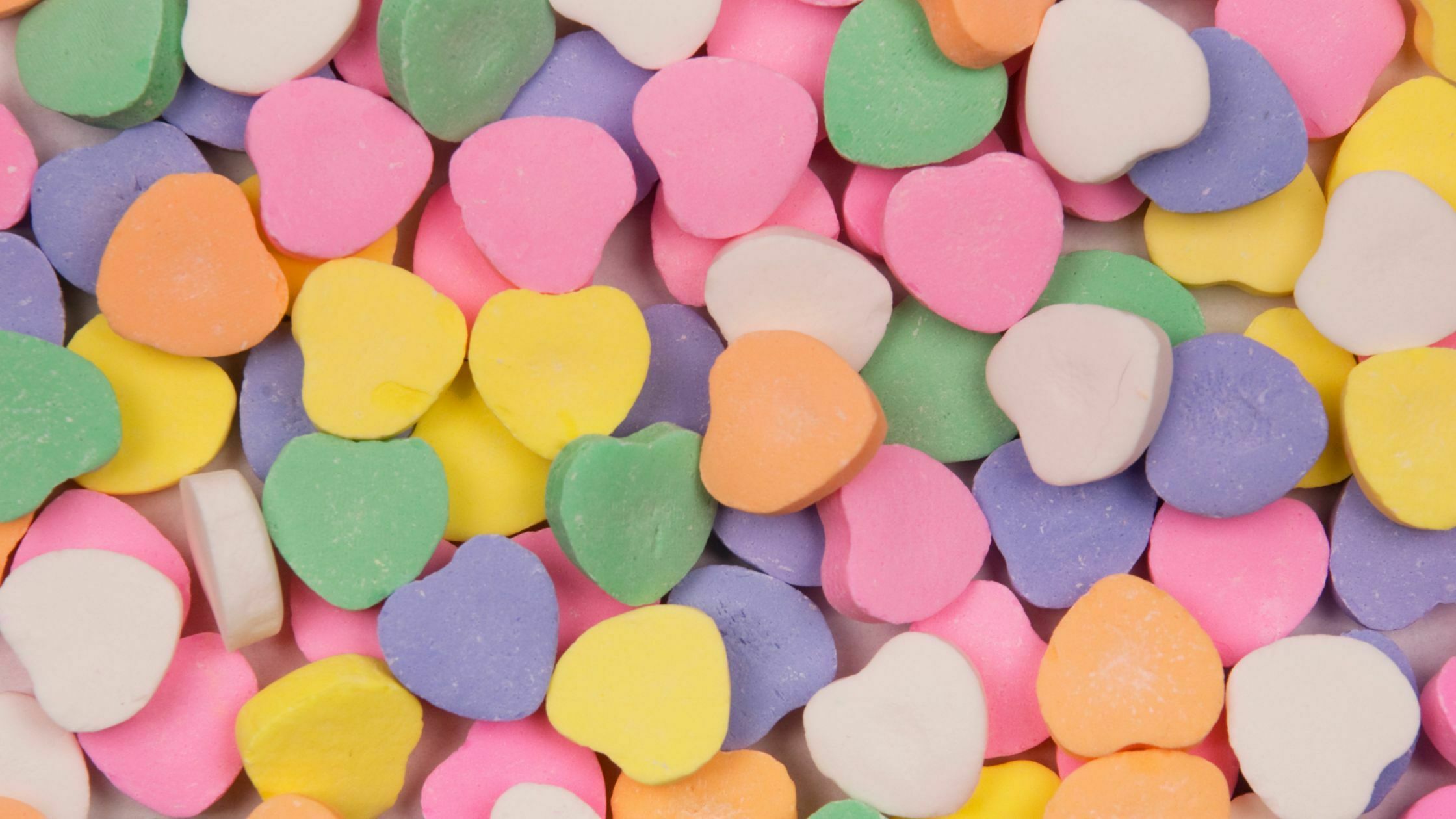 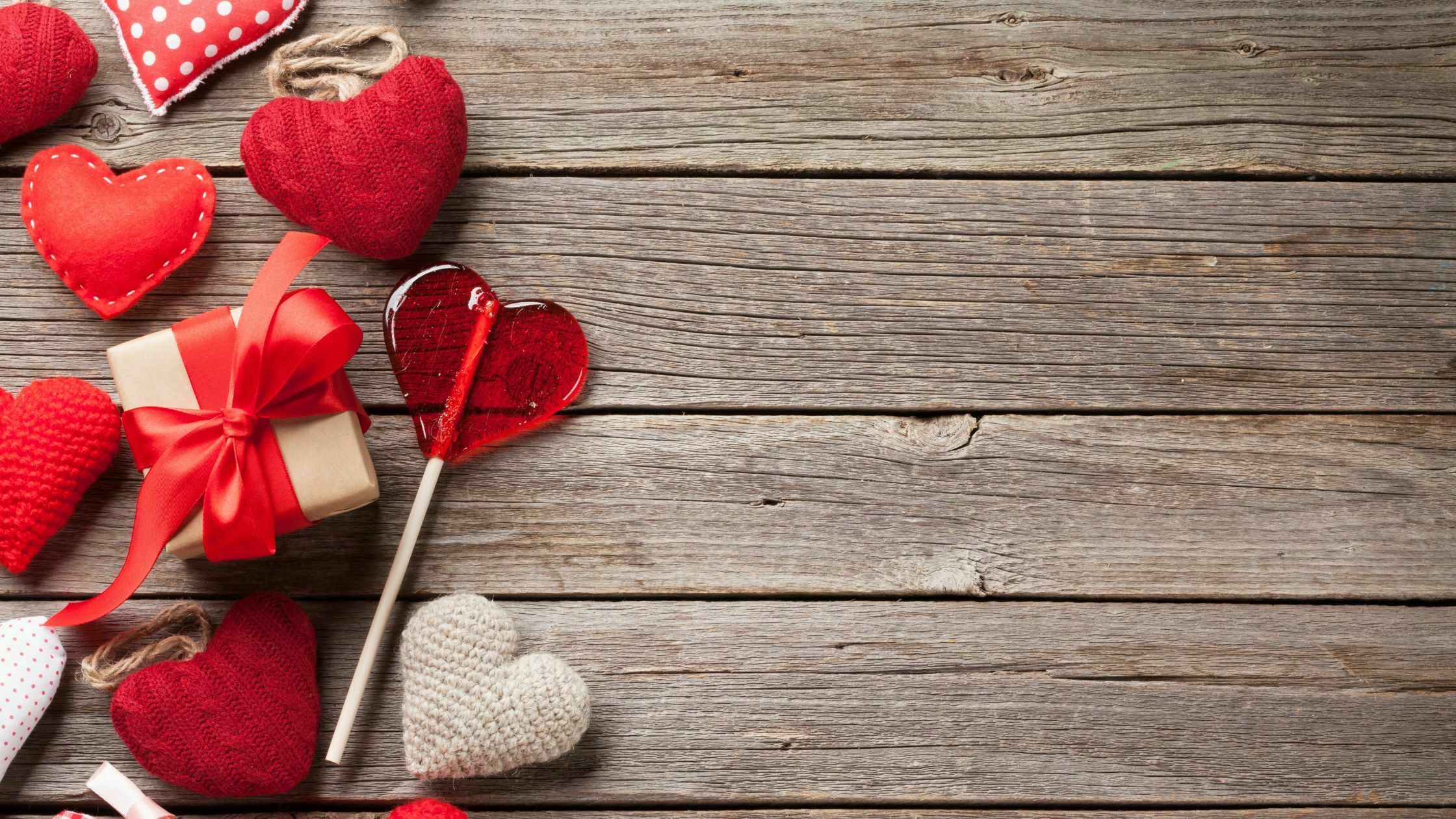 *** 2023 UPDATE *** There can be a lot of pressure on Valentine's Day to make it really special. Did you ever wish there was just a Valentine's coupon that...