Wait, what? ‘Nice guys’ have bad sex lives? Isn’t being a ‘nice guy’ a good thing? These thoughts may be running through but hear us out! There are many ‘nice guys’ out there who are well-meaning, good people, but their “niceness” gets in the way of lasting relationships.

So, what do we mean when we say ‘nice guy’? Nate Bagley, founder of Growth Marriage and a recovering ‘Nice Guy’ himself, discussed what a ‘nice guy’ is on the Get Your Marriage On! podcast. He describes a ‘nice guy’ as “somebody who is fiercely committed to creating an ideal image of themselves in the world. They believe deep down that they are only worthy of love if they do the right things, if they are good, if other people perceive them as enough. They put a lot of time and effort into creating a persona or public face that other people will approve of. They check all the right boxes and meet all the right expectations because their self-worth is so dependent on other people’s approval of them…there are all sorts of things going on inside a ‘nice guy’s’ heart and mind either consciously or subconsciously that make them afraid to be truly seen.”

In contrast Nate explained “a kind guy does nice things or kind things not because they are trying to get approval from others but because it is part of who they are. It is part of their character there is not technically anything in it for them whereas ‘nice guys’ typically have a hidden agenda in a lot of things”. 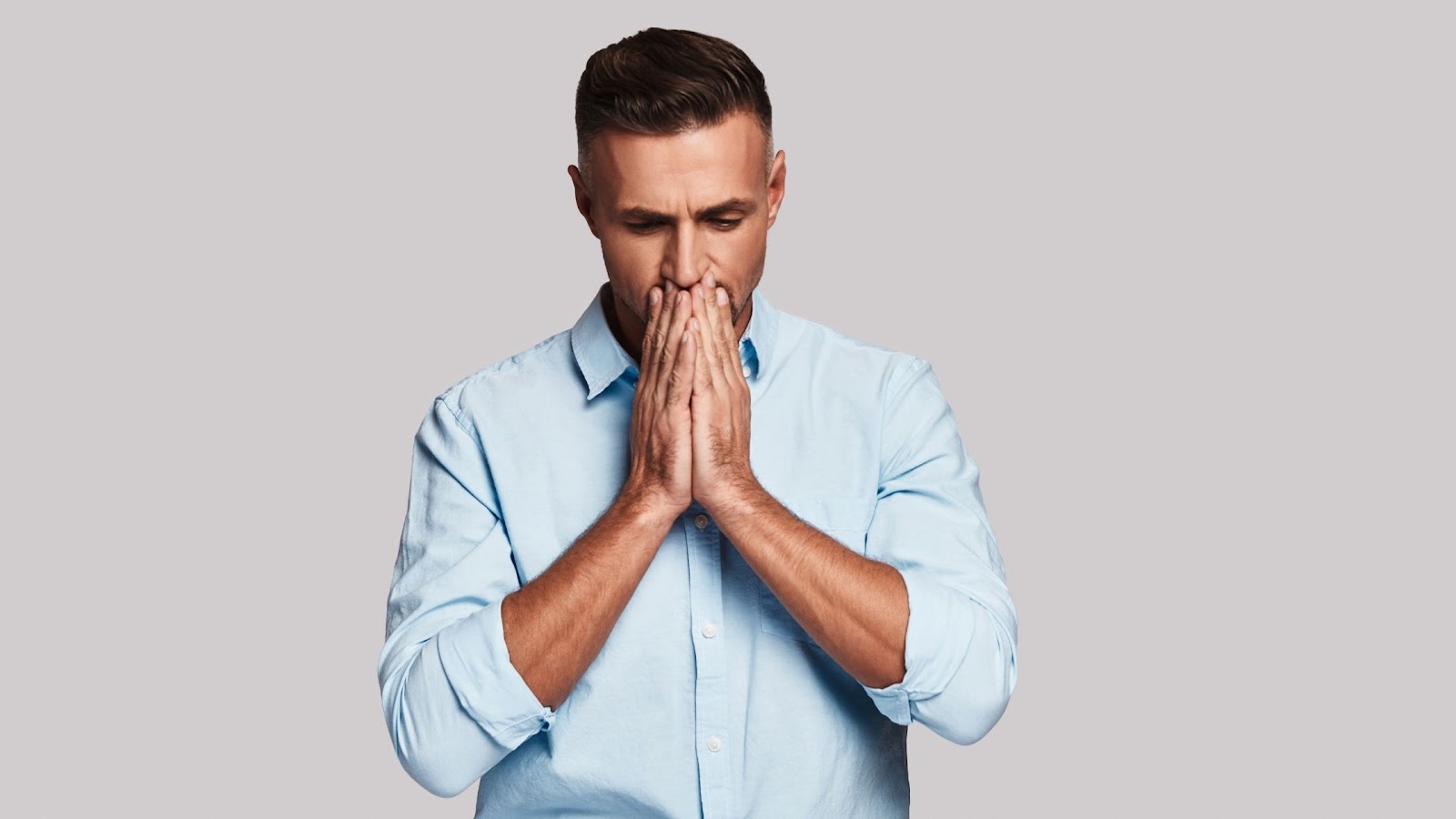 While ‘nice guy’ actions may seem like good things it’s important to look at the context of the situation and the motive behind the behaviour. Virtuous characteristics can become destructive if not practiced correctly. Organized people can become obsessive, punctual people can become militant, confidence can turn to arrogance, or being cautious can make you anxious.  Let’s take a look at some ‘nice guy’ qualities.

When someone has a problem or is in a bad mood,‘nice guys’ try and find solutions. They want to swoop in and save the day which makes them a hero. They are the person that people lean into and trust with their emotions. While having someone to help you find solutions is great, ‘nice guys’ often have blind spots where they aren’t able to see themselves as the person causing the problem. Even if they aren’t the problem, they aren’t able to look at the big picture and see if they could be. As a repairman they never want to be the person causing sadness, anger, or frustration because it conflicts with the image they are trying to build as the heroic repairman. Repairmen ‘nice guys’ also tend to gravitate towards relationships with a partner that needs a lot of repairing in order for him to feel good about himself.

Nice guys feel an obligation to be empathetic. Empathy or the ability to understand and share emotions of another person can be a gift. It allows you to mourn and rejoice with those you love. Empathy helps those around to feel loved and understood. However, ‘nice guys’ lose their sense of self due to their empathetic nature. If they are feeling joyful about life and someone close to them is feeling depressed, they feel guilty for feeling joyful. ‘Nice guys’ of this breed allow themselves to feel good only when those around them feel good too. When their partner is sad, these ‘nice guys’ tend to over-function to make their partner happy so that they can feel good about themselves again.

Approval seeking is the need for other people to agree. ‘Nice guys’ do things with the expectation that others will approve or even reciprocate the action or gesture and they become insecure or even upset when people don’t. These ‘nice guys’ can be chameleons — changing their behavior to gain the approval of what person they’re with at the time.

Watch Out For Covert Contracts

Nate Bagley gave the example of approval seeking with covert contracts. A covert contract is an agreement that hasn’t actually been made but one person assumes to be signed, sealed, and delivered. For example: The husband, in his head, believes that if he does the dishes, vacuus the living room, and starts a bubble bath for his wife, she will be eager to have sex with him. Once he has finished his “chore-play” (an technique where you help your wife check off her to-do list so she can focus on intimacy) he expects sex to occur, even though he hasn’t clearly expressed his desire to have sex with her. The problem with “chore-play” as a covert contract is once you’ve completed the tasks and you’re ready to have sex, your wife, who is unaware of this contract, finishes her bubble bath and climbs in bed ready to sleep. The wife is oblivious to the situation and the husband feels cheated. Remember, the husband never overtly expressed his desire to have sex with his wife (a covert contract); and now he doesn’t want to bring up his disappointment because he’s trying to be ‘nice’. He doesn’t want to risk upsetting her or no longer gaining her approval.

As you can see, virtuous characteristics can become destructive to relationships if not practiced correctly.

After reading through some virtues/vices of ‘nice guys’ it’s not hard to imagine how their conflict resolution skills interfere with real intimacy. Many ‘nice guys’ don’t have the emotional fortitude to sit through conflict where they might be responsible for something that causes dissatisfaction for their partner. If a ‘nice guy’ believes he is the reason his partner is unhappy, that means he’s not achieving that perfect, ‘nice guy’ image he’s worked so hard for. This leads to avoiding conflict while quietly building up resentment for his spouse.

Many ‘nice guy’s’ virtues turn into vices when facing relationship conflict. ‘Nice guys’ will do all they can to see that they solve the conflict but find it hard to believe that they could in fact be a part of the problem. If they do realize they are the problem they tend to back down or withdraw from the relationship. They don’t want to hurt their loved ones either because they are empathetic. They don’t want to face the fact that they aren’t living up to the fantasy that they do things right all the time. Frequently, not always, they will lie because dealing with the discomfort of reality is too harsh. Their rationalization of the lies they overtly or directly tell is likely that they are “saving” their loved ones (or maybe even themselves) from the heartache of the truth. ‘Nice guys’ want to live up to and surpass your expectations of how great of a guy they are. 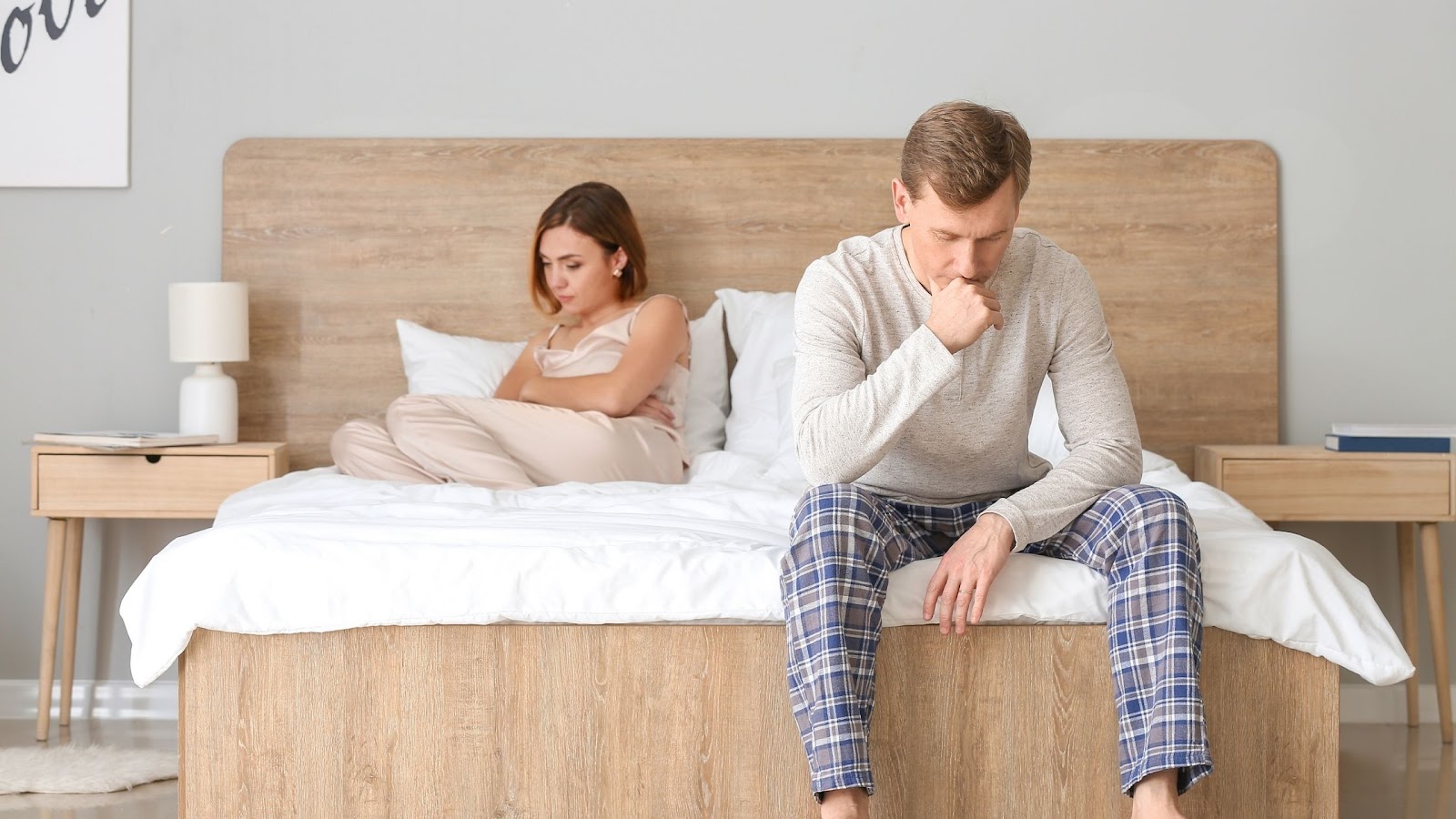 It takes courage to be intimate with someone special. It requires you to invite someone you love to see as you really are. As you can imagine, this is difficult for ‘nice guys’ to tolerate that much self-exposure!

It is very common for ‘nice guys’ to have bad sex lives because they are uncomfortable with the emotional vulnerability that good sex requires. The definition of vulnerability according to Oxford Languages is “the quality or state of being exposed to the possibility of being attacked or harmed, either physically or emotionally”. To be sexually or emotionally intimate ‘nice guys’ have to take their armor off, put their cape down, and allow their partner to see them in a way that no one else has.

‘Nice guys’ are good at hiding who they are in order to gain approval that they struggle to have an intimate connection with their partner. At first, they may come across as very selfless lovers because they are empathetic and want to make you happy but just going through the motions (also known as sealed-off sex) will never reach an intimacy level that is pleasing to you both.

All Relationship Matters, a boutique counselling, psychotherapy, and psychological service says sealed-off sex “is most frequently sought by those who are uncomfortable with emotional intimacy, vulnerability or needing others. Because the focus here is mainly on self-gratification, so if in a relationship the other partner may, over time, feel unacknowledged, emotionally alone or even used”.

Sex is supposed to be a bonus to marriage that strengthens and unites one another. “Sexual contact produces the bonding hormone called oxytocin that leads to emotional bonding/connection, but sealed-off sex works against that. When emotional connection is missing, partners become overwhelmed with feelings of insecurity, rejection, isolation, and deprivation. This shuts the door to eroticism. If ‘sealed off sex’ has become the norm in your relationship, desire will wane, boredom will creep in and it is time to question the lack of emotional connection.”

Many ‘nice guy’” turn to pornography for sexual gratification. The fantasy and allure of pornography is that you’re accepted, wanted, and desired by sexually aggressive persons on the screen. Pornography requires very little self-exposure, doesn’t require you to face who you are, and is convenient to turn to whenever you want. However it’s just an illusion and habitual pornography use leaves ‘nice guys’ with emptiness and loneliness that can only be filled through a fulfilling, intimate relationship with another person.

‘Nice guy’ qualities or virtues and still be GOOD! Don’t forget that. When those virtues become vices is where this discussion really begins. Realizing that you may fall into this category can be a brutal realization at first. In our podcast with Nate, he discussed how hard this realization was for him to swallow at first. If this is you, remember to practice self-compassion, you are growing!  Here are three steps we’ve come up for overcoming the ‘Nice Guy’ Syndrome:

First, take your armor off. Expose your true self to the world but most importantly to your partner. Embrace your insecurities and flaws. Taking off your armor will take courage. If your marriage isn’t in a good place right now and you’re unsure of how your spouse will receive you, join a men’s group or find a therapist to talk to. It is important to find someone that will receive you from a place of non-judgment.

Second, spend time reflecting on yourself. Journaling is a great way to do this. Write down the things that you do to gain other people’s approval. Specifically, things that you do, that are out of your character, because you want people to see you that way. Write about things that you intentionally hide and don’t want people to know or see. What would people say if they found those things out about you and why does that scare you?

Third, take time to recognize your needs, their importance, and take responsibility for them. ‘Nice guys’ tend to take care of everyone but themselves. Are you getting enough sleep, are you eating well, are you exercising? Are you taking care of your sexual needs? How are you spiritually? Remember you are responsible for your needs.

If you liked this blog post check out our Podcast Get Your Marriage On! and download our app – intimately Us at  https://intimately.us

To find out more about Nate Bagley, check out https://growthmarriage.com/